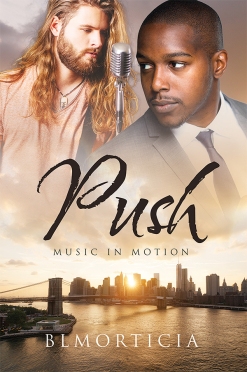 Sometimes love compels you to make the right choice…

Malakei, aka rapper M. Prophet, is at the top of his game—but deep in the closet. As the handsome and successful head of 315East Entertainment, Malakei should be on cloud nine. Despite his accolades and a Midas touch, loneliness niggles at him. No amount of money or fame has forced Malakei to get from under the dark cloud that looms over him.

Seth is ready for stardom. High Stakes plays to small, packed houses all over Britain but has yet to break. No matter what it takes, the lead vocalist isn’t ready to give up on his dreams, even if it involves leaving friends in the dust.

Through a viral message, Seth and Malakei agree to meet. Their musical styles are worlds apart, leading to a clash that might ruin the band’s opportunity. Still the attraction between the two men is scorching, something neither can ignore. However, Malakei’s worries about his reputation and the musical act’s success stand in the way of their chance at a happy ever after.